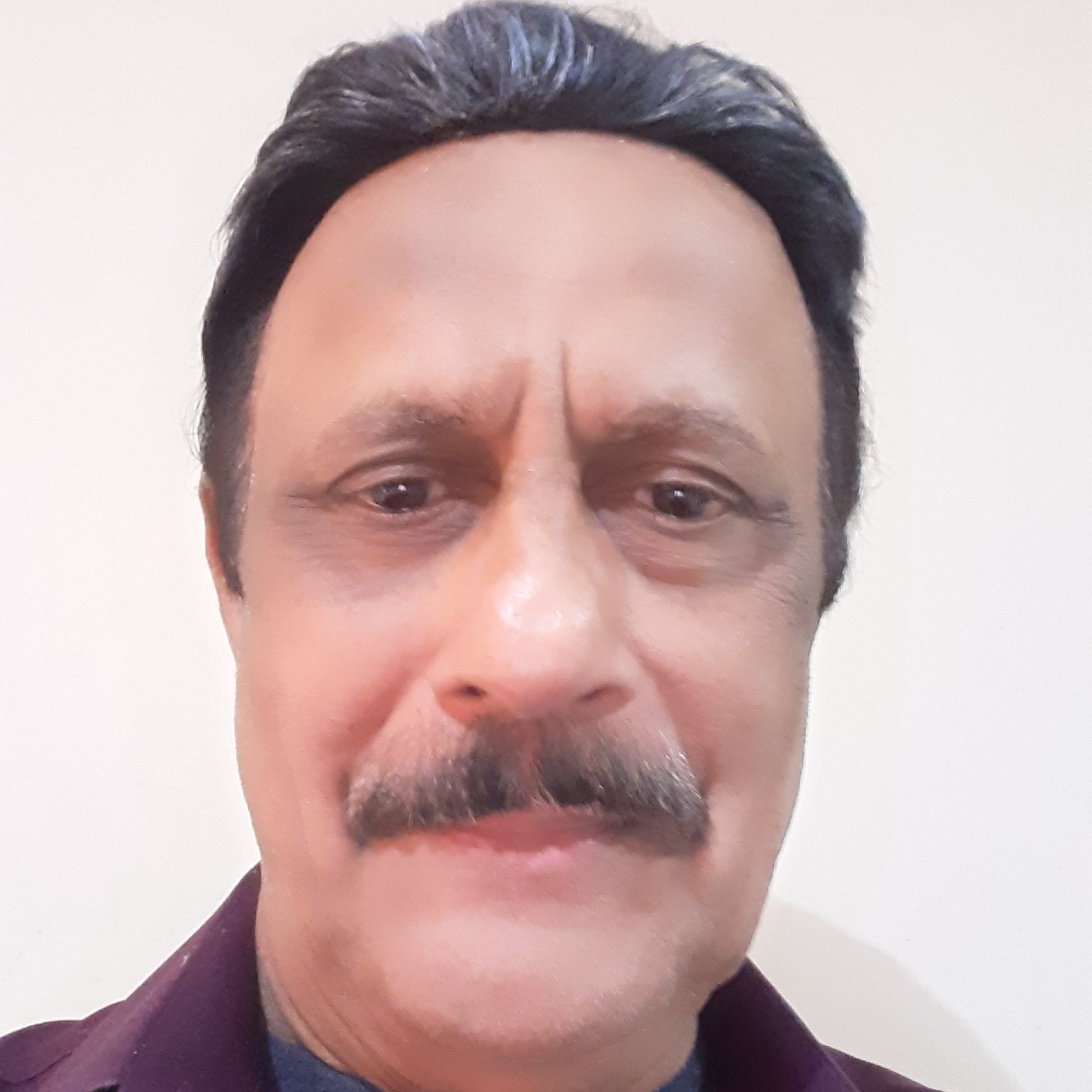 Kevyargy is the pen-name of the author. He has published articles,  short stories in periodicals and a collection of short stories in his native language Malayalam which is a regional language in South India. The changing face of America is his first book in English . He is also an actor.He migrated to the US in 1986 and lives in NewYork. 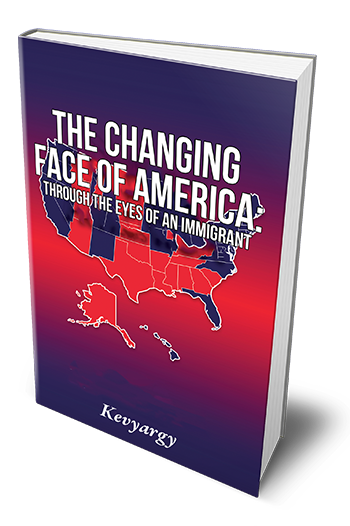 The Changing Face of America: Through the eyes of an immigrant

American life has changed dramatically during the last few years. A Black person sworn in as president for the first time in American history. Incidents like the terrorist attack on The World Trade Center, the killing of George Floyd and other Blacks, shooting incidents at schools and at other public places, restrictions on immigration and asylum policies, the border wall construction, crisis at the border, and the insurrection at the Capitol. are among those changes. An interesting book that takes the reader towards an interesting journey to those and other incidents. 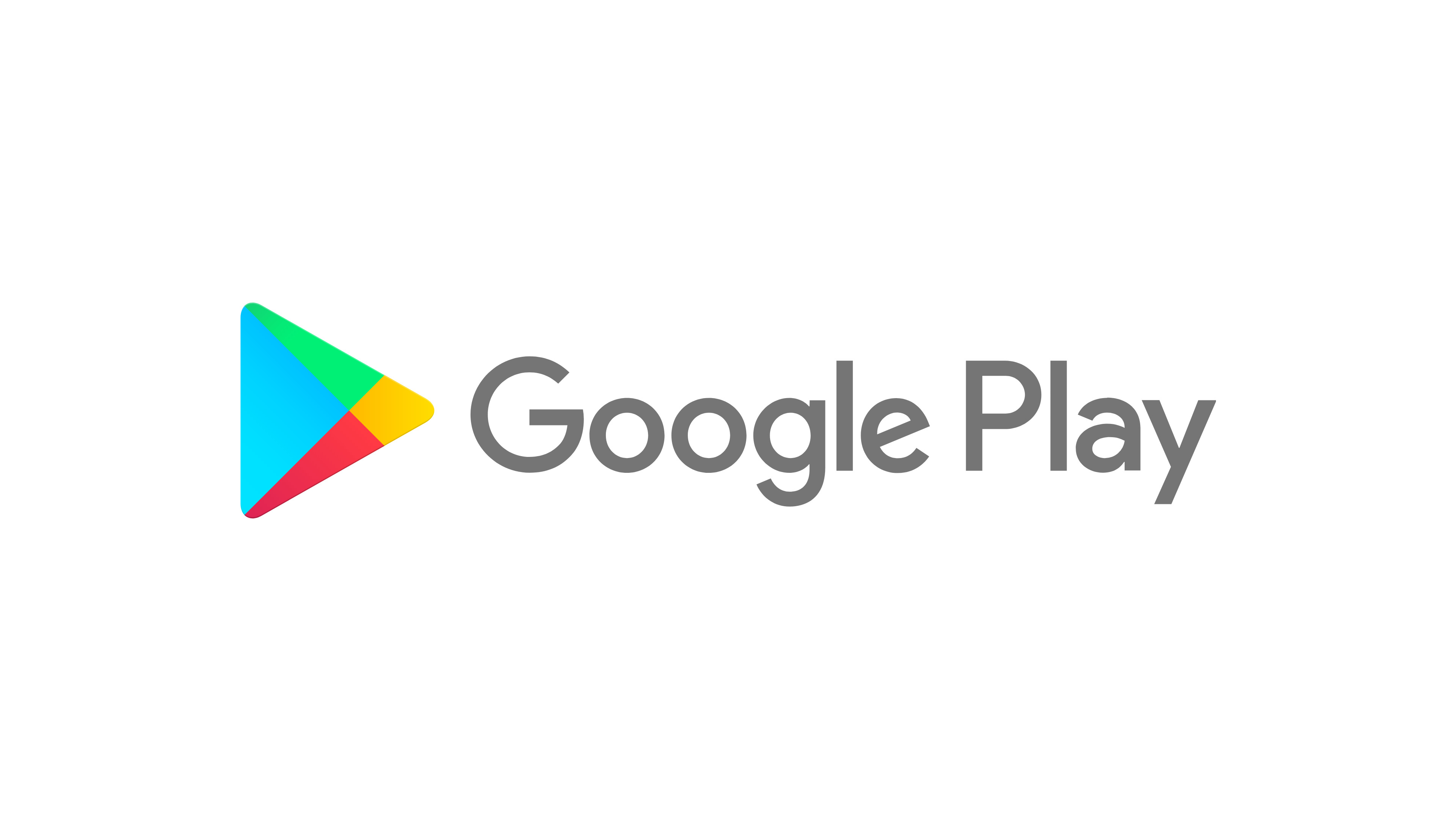 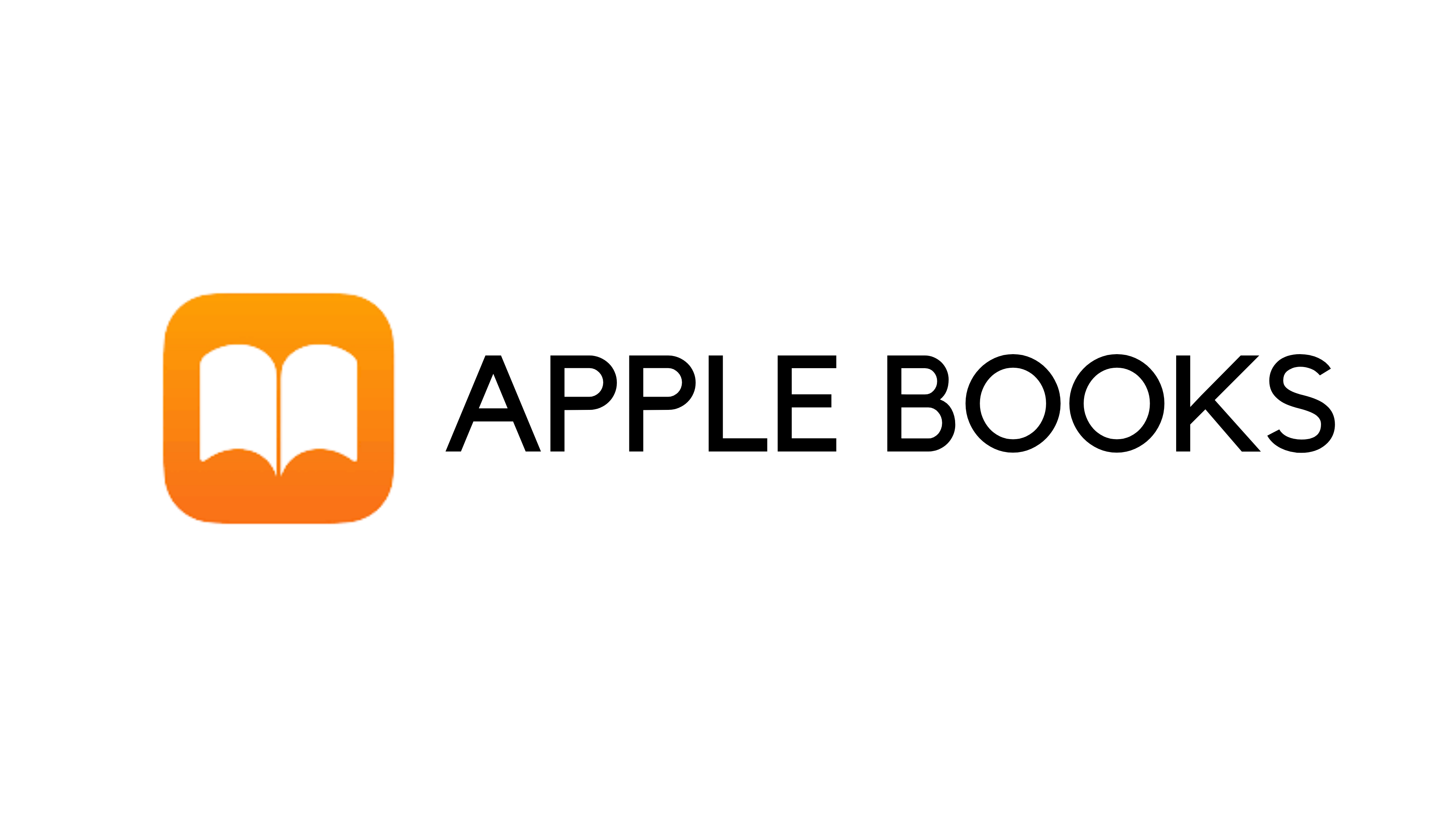 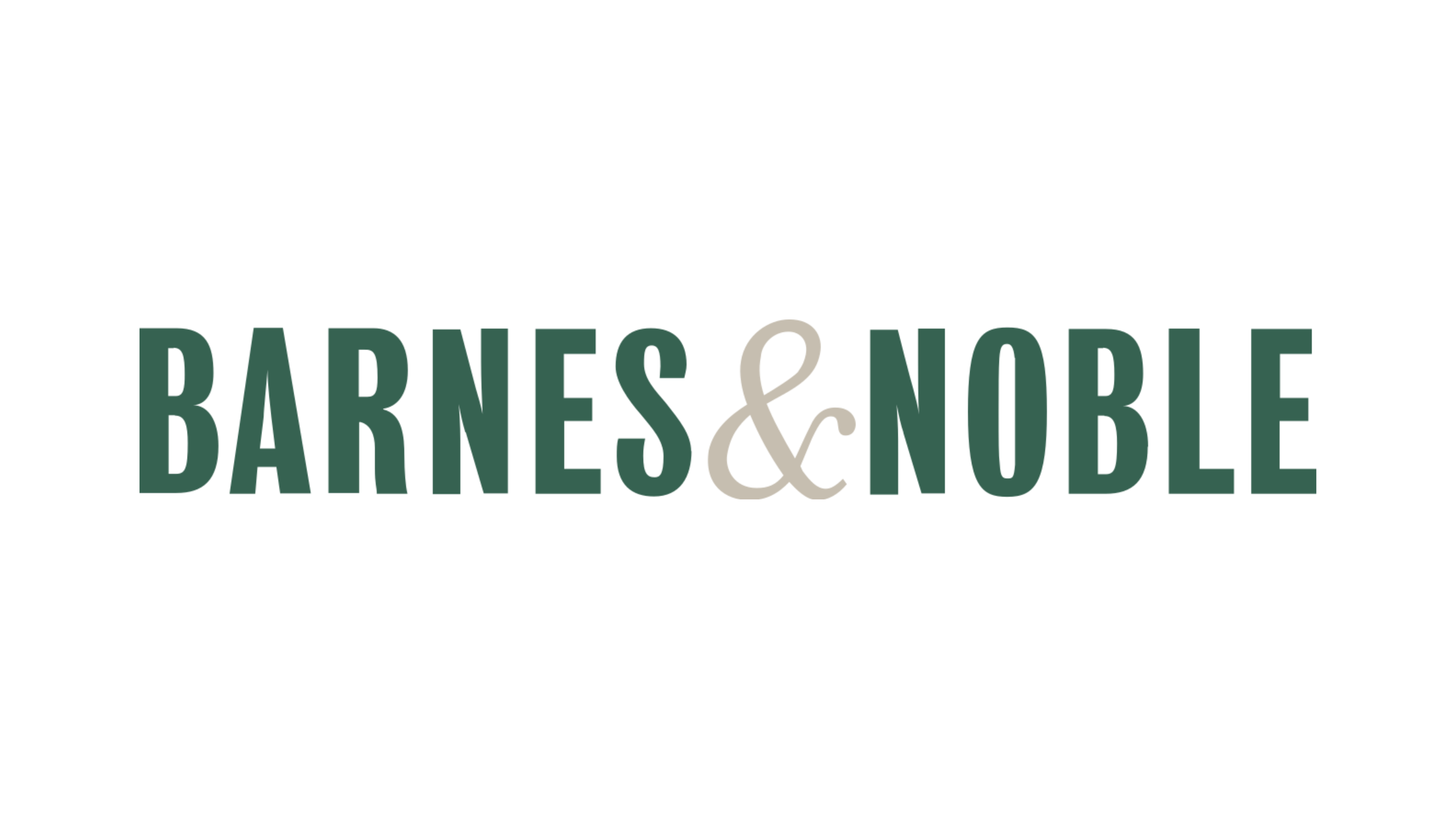 Born in India, Kevy Argy, in The changing face of America, details the changes he has observed since arriving in the USA in 1986. He shares in a frank manner what he sees as the cause of the changes and if they have been good or not so good. Growing up in India, Kevy Argy had a preconceived notion of what America was like. Like so many foreigners, his ideas were inaccurate and informed by tourists who did not know the authentic US. The books and articles he read in India portrayed a vastly different America than existed. He was shocked at some of the inaccuracies. However, as he spent time in his adopted country, he understood what America really is. One of the most significant truths about America is that it is constantly changing.

I was born in the USA in 1954. In my short lifetime, I have noticed many changes in the structure and make-up of America. Neighborhoods change, politics change, attitudes change, and everything changes. There have been economic changes that have left a wake of poverty. Social norms have changed, and the family structure is no longer a husband, a wife, and 2.5 children. A host of other genders has been added to the traditional male or female. Presidents may be white or not. The Vice-President may be a female. As an American, these changes have amazed me. To a native of India, the changes are significant. Read The changing face of America to see how Kevy Argy characterizes all the changes. This book is an exciting read and will open your eyes to some issues.

The changing face of America is both social criticism and a journal at the same time. This book, written by KevyArgy, is nothing short of a revelation about how America has changed dramatically over the years.

The book is a quick read with 14 chapters based on the author’s observations and real-life experiences. It is dedicated to all immigrants who moved to the United States in pursuit of employment and better life prospects. Instead of acceptance, more often than not, they experienced prejudice and discrimination based on their appearance, skin color, accent, and other factors. The book contains information on actual events and discusses the evolving social, cultural, and political dynamics since the author’s arrival in the country in the 1980s up to the present day.

The author narrates how he had high expectations from the land of dreams but was confronted with the realities of living in the most powerful country in the world. He also recounts how American society went through a drastic change after 9/11 when Muslims and Sikhs became targets of growing hate. The author also highlights the ongoing and ever-increasing incidents of hate crimes against people of color, particularly Blacks, Hispanics, and Indians living in America. Bullying, racial profiling, gun terror, police brutality, asylum policy, rise in the number of illegal immigrants, and even H1b visas are among the issues raised by the author, which are also the cause of distress among average Americans.

The author builds up his narrative on actual incidents such as the 1992 Los Angeles riots, George Floyd’s death, school shootouts, the 2021 Capitol Building invasion, the Me Too movement, and others. He discusses the rise in poverty and unemployment among Americans due to the Coronavirus outbreak, as well as the growing deficit caused by the War in Afghanistan. The book also contains speeches and quotes by prominent public figures like Barack Obama, Joe Biden, Kamala Harris, Donald Trump, and Martin Luther King.

The book is relatable, engaging, impactful, and easy to understand. The tone is pragmatic, sardonic at times, and non-judgmental. Although I am not a migrant, but as an Indian, I could relate to the events described in the book. For example, the airport racial profiling of an Indian Bollywood actor, the usual bias towards persons of color at the US airports, and being bullied and criticized based on appearance and accent. The author has also shared his personal experiences of racial prejudice at the airport, including how he was repeatedly called out for having a distinct accent on numerous occasions despite being fluent in English.

Although the underlying theme is racial discrimination against immigrants, the narrative does not portray Americans as villains or single out any ethnic group. It’s only a depiction of facts backed by statistics and real-life examples. For instance, the author discusses the difficulties faced by Americans who lost their employment to immigrants who were willing to work for less pay. He describes how the American people rallied against Trump’s decision to build the infamous wall along the Mexico-United States border and spoke out against unjust immigration rules. The author also tactfully counters the criticism by proposing a solution to particular concerns such as gun control, mental health difficulties, and high school bullying.

There was nothing about this book that I didn’t like. It left me with incomprehensible feelings because I don’t believe the book is merely about America or Americans. It is a brutally honest account of various life-changing events that shape a country. It conveys how one small act of injustice may lead to far worse consequences, with innocent people paying the price. Furthermore, I found no grammatical issues or instances of profanity. It also doesn’t target any certain group or faith. This is a well-written, well-edited, and well-researched commentary with noble intentions. As a result, I’d like to award this thought-provoking book 4 out of 4 stars.

Although there are no graphic details presented, some readers may be offended by mentions of racial killings or mass shootings. I believe that this is one of those books that defies categorization because it is based on factual, often gruesome facts. Every American, especially the younger generation, should read it to comprehend and empathize with the hardships that innocent and hardworking immigrants experience in America. Readers interested in reading a critical commentary on changing American political and social dynamics should also give this book a chance.

Interesting book on the US. This is an opportune moment for a book like that when major changes are taking place in the world.

-Former Ambassador and Permanent Representative of India to the UN.

Candid and compelling The changing face of America makes for powerful reading that’s sure to engender much reflection.

From the continuing climate crisis, gender issues, big tech, pandemics and race there is a continuous wave of new titles illuminating the issues of the day but it’s rare that we take time to stand back and reflect on the incremental changes that shape our world and the countries within it.

That’s what The changing face of America does and it proves a refreshing counterbalance to the glut of weightier texts on the subject of change in America as Kevyargy reflects on transformative moments of change that have become some of the most defining challenges of our time.

The changing face of America isn’t a call for action but given it’s a relatively short read the breadth of Kevyargy’s focus is impressive It’s an opportunity to take stock of our expectations, where we come from and where we are going from an immigrants perspective and in doing so Kevyargy dispels many of the myths that have become engrained in American social commentary.

In a world where information overload often prevents us from seeing the truth, Kevyargy keeps to the facts as he scrutinizes recent American history. And whilst his prose may be straightforward, he lays bare the fissures, cracks and cavernous divides that ripple through the American identity, white mainstream America’s relationship with minority groups and our collective failure to address these issues.

A rallying and engrossing read for those interested in transformative change The changing face of America is certainly recommended!

Generally a good and informative read , more for recalling some of the important historical things during the time period covered by the author. He took pains to list them accurately. Most people  were aware of them at the time , but a compilation like this is interesting. We can only wish that The changing face of America will be a better America

Get In Touch With The Author! 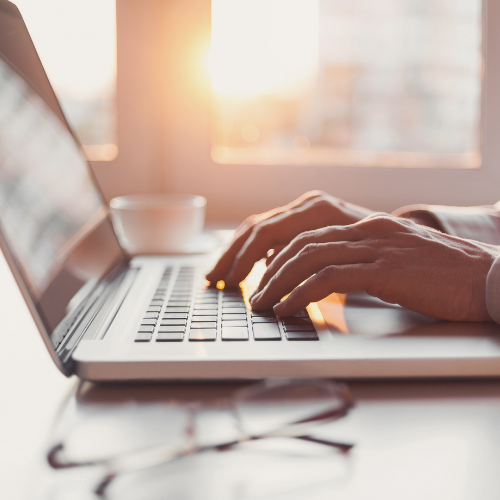